According to Indian culture, the art of dance is aimed at experiencing divinity within one's own Self. Spiritual pursuits through performing arts have been underlined with deep spiritual sanctity. The search of the Soul - Jeevatma - for the Supreme - Paramatma - is the underlying current that runs through the entire process of self realization in Indian art and culture.

The basic approach of our spiritual search revolves around the concept of a single supreme force, that is neither male or female, although this ultimate power is worshipped as Ardhanari in Saivism and Vishnu as the Sole supreme male according to Vaishnavism. In the performing arts, particularly in Indian classical dance traditions, this is represented as Heroine – Nayika or Nayaki and Hero - Nayaka - inter-relationship and its emotional manifestations ranging from devotion - Bhakthi - to romance - Shringara - to eroticism. This is also known as Nayika or Nayaki Bhava, Madhura Bhakthi, Madhurya Bhakthi or a “divine transgender state” 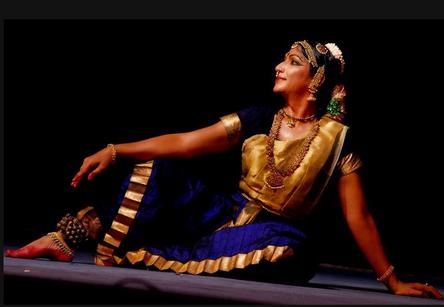 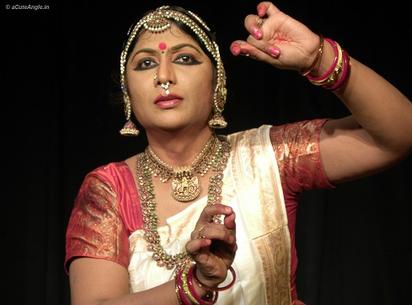 Narthaki is a disciple of Tanjore Shri K P Kittappa Pillai, who was a direct descendant of the Tanjore Quartet brothers (considered the fathers of Bharatanatyam). She learnt and practiced under him in Gurukul (Full time residential) for 14 years and specialized in the Tanjore style Nayaki Bhava tradition. She also trained under him on rare compositions as was practiced in ancient Tamil Temples.

Narthaki believes in maintaining and propagating the pristine purity of the Nayaki Bhava tradition. In that process, she has been able to elevate audiences to a higher plane. Many audiences have been moved to tears and some have reported divine experiences during her shows.

Her stoic courage and steadfast determination in the face of societal hurdles as a member of the third gender, have added more inspiration and expression to her Jeevathma’s pursuit of Paramathma (God).

She has performed at all leading festivals in India, USA, UK and Europe. She recently received Padma Shri from the Government of India, the SNA Puraskar Award from The President of India and a Senior Fellowship from Dept. of Culture, Govt. Of India. She was bestowed with a honorary doctorate by Periyar Maniammai University. For the first time in India, a school text book (11th Standard - Tamilnadu) features her life story.

As a mark of her devotion to the divine dancer Lord Shiva, she has named her institution “Velliyambalam School of Dance”. Here, along with her friend Ms Sakthi Bhaskar, she trains many Indian and foreign students on the traditional repertoire as handed down to her by her guru.